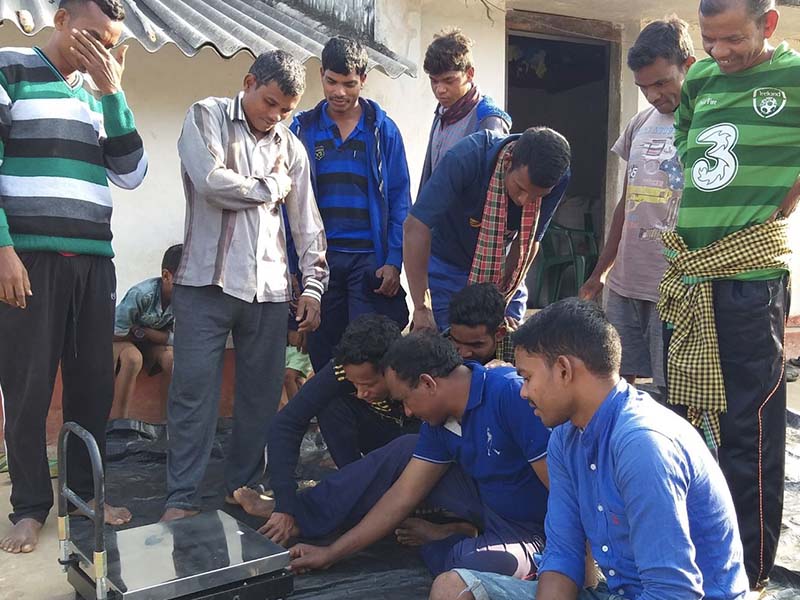 In Narayanpatna block of Odisha, farmers from Tentulipadar and Bijaghati Mandal (Gram Panchayats) villages used to sell their farm products in the Narayanpatna market. Each farmer visits the weekly market with his produce four times a month on an average.

During each visit, they carry 30 to 50 kg harvested products .Weighing is done at the market. They suspected a tampered weighing machine was being used by the middlemen. This continued for many years. As most of the farmers are illiterate, they couldn’t verify or resolve this.

OSF, while working on the School Kit project to encourage attendance in schools at the region, we learned about this issue and planned a simple intervention. 2 weighing scales of 100 Kg capacity were presented to the farmers group. Village youth are assigned the responsibility to weigh the farm products for every farmer. The weight is recorded on a slip and the farmer presents it at the Mandi. The middlemen are now forced to go by the actual weight.

The benefit reaches about 450 families. Mr. Gopi Bingadika a farmer in the region says “In a month, I get an additional Rs.50-100, which is a big thing for my family.” This works out to approximately Rs.27,000 worth of savings to the community in a month. 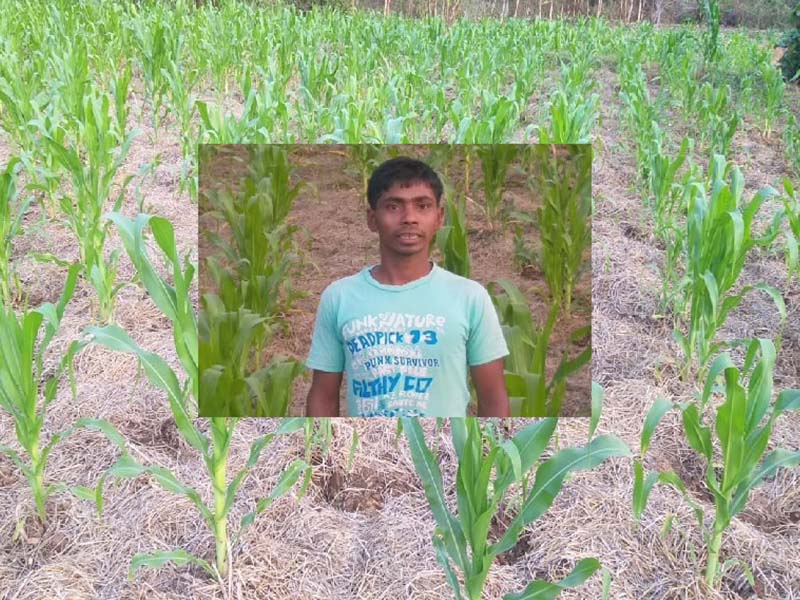 Slash Not, Burn Not​

When we tried to creat awareness about the demerits of slash and burn cultivation (podu), we encouraged a farmer Mr.Sankar Hobika from the village Jogipalur in Odisha’s Koraput dist., to co-operate for a new way of farming as a demo project. The practice of abandoning cultivable land after 3 years of use and developing a new forest strip for cultivation is a traditional practice. Valuable green cover is thus lost in the hills. The farmers shift to a new strip because of lowering yield. In the tribal upland belt, there is very little use of manure as we observed and consequently no or little of nutrient infusion.

The new farming practice is thus – the field is covered in mulch and they have to till at planting stations alone. With OSF’s financial support he cultivated corn in a piece of land on a test basis. He sourced straw for mulching from another village. That land was a regular yielding land, but by using this new system of farming he received comparatively more yield with less work. He understood the productive use of mulching in farming for the first time.

Corn was thus raised as summer crop with the new method and he is very much happy.

Fellow farmers from nearby village are coming to see the new system of agriculture at Sankar Hobika’s field. 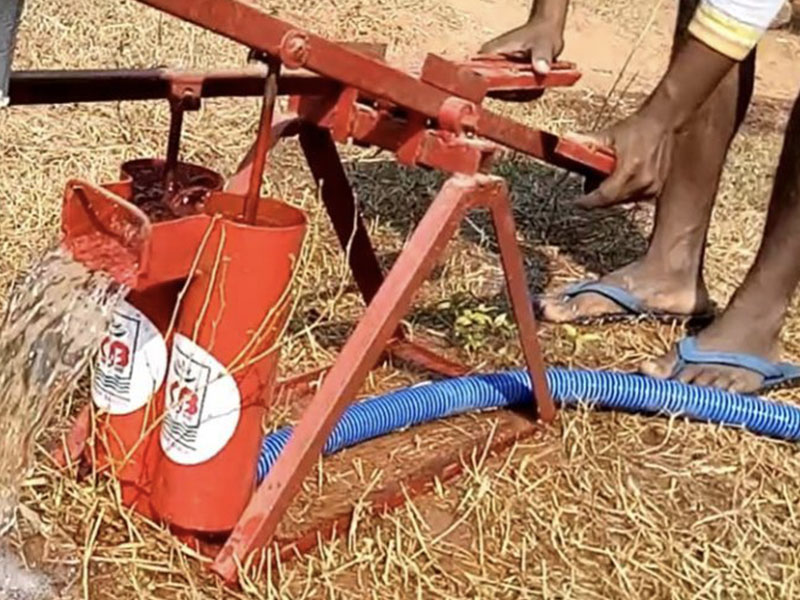 Farmers rely on local money lenders for their immediate cash requirements for field inputs, irrigation facilities and other home needs which often comes at a huge cost. OSF team took note of the situation. We disburse farm loans at zero interest to the select needy farmers in the area. The capital on repayment will be redeployed for other farmers in a specific area. Those who availed the loans have used the amount to construct vermicompost tanks, buy foot-pumps to lift water from streams and wells in fields that are far from the electric line.

Login If You Already Signed Up

Operation Sahay Foundation (OSF) is a Section 8 Not-for-Profit company, approved under Section 80G and Section 12A of Income Tax Act, 1961. OSF was established in 2018 at Bangalore. Our programmes are designed to benefit the deprived in Education & Training, Healthcare and Social Upliftment.

Your ticket for the: Help indeed

Thanks for your interest in OSF's activities. We shall review the request submitted and get back to you.